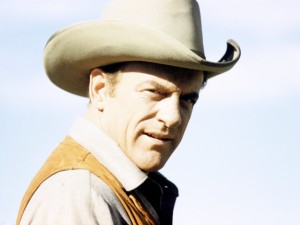 In the opening scene of an episode of Gunsmoke, Matt Dillon rides up on a peddler who is camped alongside a creek. When the peddler learns that Matt is a U.S. Marshall the following conversation ensues:

Peddler: “Say, you aren’t after a bad man are you?”

Matt Dillon: “I buried him this morning.”

I’ve found many lessons on life and leadership watching Gunsmoke. This particular scene offers a message that every leader needs to send to every employee in the organization: “If you choose to behave badly, there will be consequences.”

If you’ve watched Gunsmoke, you know that Matt is a levelheaded lawman whose response to bad behavior is appropriate for the crime.

If an over-served cowboy decides to behave badly at the Long Branch Matt will calmly walk him down to the jailhouse and lock him up until he sobers up. There the cowboy has time to contemplate the consequences of his actions. When Matt lets him out he lets him know that if he wants to stick around Dodge he’d better change his ways.

There’s always the cowboy who just doesn’t “get it.” He misinterprets Matt’s calm demeanor as a sign there won’t be any consequences for his bad behavior. He underestimates Matt. And that’s always a mistake. It never works. The cowboy challenges Matt’s authority and Matt ends up burying him.

Pay attention leaders. There are times when employees make mistakes that require the equivalent of a night in jail to sober them up and consider the consequences of their actions. But when you have people who, for whatever reason, deliberately behave badly they have to be terminated.

Terminating an employee is one of the toughest things leaders have to do. It’s never a pleasant task. But when you tolerate bad behavior you reward bad behavior. And behavior rewarded is behavior repeated.

Matt Dillon is a U.S. Marshall. He can’t let bad people roam around wreaking havoc. Terminating a bad man is never a pleasant task for Matt. But he accepts it as part of his job. He terminates a bad man with the same calm demeanor as when he’s locking up a drunken cowboy.

If Matt Dillon doesn’t rid the countryside of bad behaving people the good people will move on. No one wants to live where outlaws run free except outlaws.