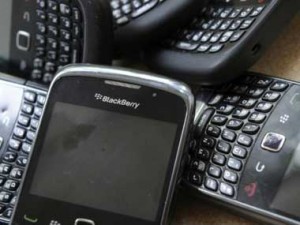 When was the last time you saw someone using a Blackberry? In the not too distant past they were the king of the mobile phone hill. Now they are struggling to survive. They cut 4,500 jobs in 2013 and accepted a buyout offer from a private equity firm for only $9 a share.

That’s how quickly things can change in the world we live in today. Blackberry is proof positive that your business could be on the brink of imploding and you might not know it until it’s too late.

The window of opportunity is unforgiving in our rapidly changing and consolidating world. But it’s a mistake to assume that consolidation means the future will be dominated by an oligopoly of giants. History has proven that giants have a habit of tripping over their own feet. All those companies that were too big to fail would have failed had they not been bailed out by U.S. taxpayers in 2008.

According to Wikipedia, “Sustainability is the capacity to endure.” So, the question I have for you is this: “Is your business sustainable?” I use a modified version of the principle of architectural design to help my clients build sustainable businesses: Form follows function and function follows purpose.

Most businesses develop an unhealthy addiction to form and function. When the marketplace changes those addictions lock them into an unsustainable model. Meanwhile the world marches on and leaves them in the dust. If sustainability is the capacity to endure then sustainability is dependent on the willingness to change. You must be willing to abandon forms and functions of the past in order to succeed in the future.

The critical question that determines your sustainability is, “What is the purpose of your business?” If your best answer to that question is making money then you should be selling cocaine. Your purpose should be Positive, Powerful, Simple and Serving — as in serving a customer. Profit is a byproduct of fulfilling your purpose. Purpose is the foundation of a sustainable business model. The form and function have to constantly evolve to effectively fulfill that purpose.

When Sam Walton started out as a Ben Franklin franchisee he had no designs on building a retailing empire. He was committed to 100% customer satisfaction and never veered from his commitment to that purpose. The form and functions of his business evolved from Ben Franklin to Wal-Mart to Sam’s Club and eventually Hypermart USA.

But bigger does not necessarily mean better. Hypermart went belly up in 2000. And today, Wal-Mart’s strongest competition is coming from dollar stores, which ironically are throwbacks to the old 5 & 10¢ stores like Ben Franklin. If you ask me what eventually will be Wal-Mart’s undoing it won’t be its form or function. It will be because they are no longer committed to Sam Walton’s philosophy of 100% customer satisfaction.

Most businesses focus on who, what, when, where and how but fail to focus on the most important thing that determines sustainability — why. And that’s precisely why they fail. Why are you in business? What’s your purpose? It better be positive, powerful, simple and serving. Because when you fail to serve your customer somebody else will. And then it’s too late. Just ask Blackberry.