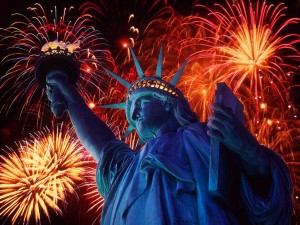 This was originally published in 2012 but the message needs to be repeated until we “get it.” I had to update paragraph four. Our national debt was $16 trillion in 2012 and today it is nearing $19.5 trillion.

We, the pigs, haven’t had enough. Politicians promise to give us more and we vote for them singing wee, wee, wee all the way home. We are nearly $19.5 trillion in debt and and continue to overspend our budget. When is enough enough? We’re broke and yet we just can’t keep from spending more to keep the trough full.

Our spending is merely a symptom of our problem. It’s the trade off that is our undoing. We have chosen the devil’s bargain. We have traded our souls for the false promise of security not realizing the price is liberty. Security is not an unalienable right. “Any man who trades liberty for security deserves neither,” said Ben Franklin. We are getting what we deserve. We have neither.

All articles are copyrighted but if you want to repost or reprint them you have my permission to do so. Just include this at the bottom of the article: “Reprinted from the Purpose Unlimited E-Letter: For a free subscription, go to PurposeUnlimited.com. Copyright ©2012  Jim Whitt Purpose Unlimited.”