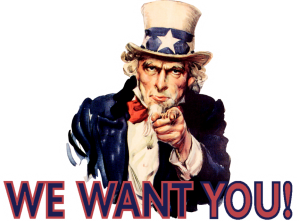 During one 24 hour period I had four interesting conversations.

The company spends next to nothing developing their people. Employees are just numbers — an expense. Spending money to develop them is just more of an expense. The company suffers from extremely high turnover. Since turnover doesn’t appear as a line item on the financial statement the CEO doesn’t care. If he calculated the cost of turnover he’d realize it is actually their biggest expense.

Conversation #2: A consultant friend called me to visit about a small business client he is working with. The owner hired him to work with his employees to improve their performance. After working with the employees my friend discovered the biggest obstacle standing in the way of improving their performance was the owner. The owner thinks his employees need to change but sees no need to change himself. Several of the employees are looking for other jobs.

Conversation #3: I received a call from a client who was excited about the changes taking place in his company. Results were slow coming in the early stages of our organizational development process but now that investment is paying off. People are buying into the company’s purpose and are, in his words, riding for the brand. He has invested in additional leadership development for managers and shared how as a result one of his key managers is starting to get it and becoming a leader.

Conversation #4: I talked with an employee of another client who has recently been promoted to a key leadership position. He’s spending the first weeks in his new role visiting with employees to learn what they think about the company and their roles in the company. When traveling to the company’s stores to conduct interviews he walks in carrying a box of donuts. While most of his time has been spent listening he takes every opportunity to talk about the company’s purpose.

So, what can we learn from these four conversations? There is a war going on every day for talent. It’s a battle to find, hire and retain the best talent. Let’s assume that the companies in my conversations are competing in a four way battle to hire someone with your qualifications. They’re all competitive on pay, perks and benefits. Which ones would you consider? That didn’t take long. You eliminated the first two in a New York minute.

Companies 1 and 2 are fighting the talent war with 20th century methods. It’s the equivalent of showing up for a gunfight carrying a slingshot. Companies 3 and 4 realized they could not win the talent war doing what they had done in the past. So they invested in an organizational development process. They identified their purpose which differentiates them from their competition. That purpose is front and center in their recruiting efforts. It’s their cause — their call to arms. They are ready to go war. They have a purpose, a plan and a process.

They are investing in developing people. They are giving them the opportunity to reach their potential. They are engaging their people in their organizational development process. It’s amazing how many great ideas people will contribute if you ask them, listen to them and put their ideas to work.

There’s a talent war going on. Who do you want to go to battle with?