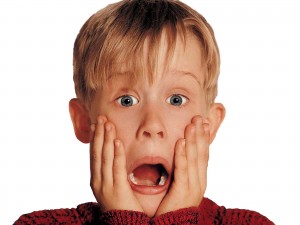 An up-and-coming band was playing bars throughout the south in the 1970s when a Macon, Georgia record producer decided they were good enough for the big time. He recorded a dozen of their songs and headed to L.A. to pitch the band to the big boys of the music business only to find no takers. They said one song was particularly hurtful to their chances. It was too long and would never get airtime on the radio. But somebody did give it playtime and it ended up selling a gazillion copies. The song was Free Bird. The band was Lynrd Skynrd.

A school teacher with a wife and two kids was struggling to make ends meet. Rejection letters from publishers kept piling up until one day he got a call at school from one who offered him a $2,500 advance for a novel he had written. The novel was Carrie, and 30-some-bestsellers later Stephen King is still at it.

An aspiring writer started collecting rejection letters from publishers in a cardboard box: “When the box was full I burned the whole damn thing, crammed myself into pantyhose and went to work for a temp agency.” Four months later she got a call from an editor offering $2,000 for the last manuscript she mailed out. Janet Evanovich is now the best-selling author of the wildly successful Stephanie Plum series.

There is a common thread in these stories — rejection — with a capital R. Rejection is the psychological equivalent of touching a hot stove. Once you get burned you tend to avoid the stove. These people were rejected and rejected and rejected. Yet they kept touching the stove — sending manuscripts or recording songs. It kind of reminds me of the recurring line from Forrest Gump: “Are you stupid?” That would be the response of most normal people. You’re either stupid or suffer from a personality disorder to keep putting yourself in position to be rejected.

Rejection may be the most common of all fears. It is closely aligned with our need to be loved and accepted by others. So, how do you learn to deal with rejection? You might consider going into sales. You’ll hear a recurring theme: “NO!” Since I’ve made much of my living as a salesman, writer, consultant and speaker, I’ve heard it countless times. What you have to understand is that “NO!” is not personal (at least most of the time). You learn that “NO!” is just part of the process. So, someone doesn’t like your product, your service, your song or your book. It doesn’t mean it’s bad or that you’re bad.

I always take comfort in the fact the path of success typically leads through the valley of the shadow of rejection (closely related to death in our minds). But think about this — how would you like to live the rest of your life explaining that you were the one who turned down Lynrd Skynrd, Stephen King or Janet Evanovich. Now that would be rejection.