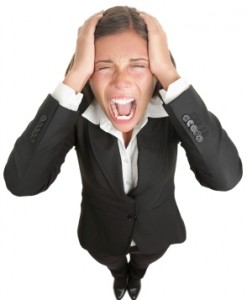 I was on a packed flight on small jet flying from Garden City, Kansas to Dallas. The flight attendant was frantically trying to cover all the bases required to get the plane off the ground. In the bulkhead seat two rows in front of me was an elderly woman who insisted on keeping her bag on the floor which of course was against regulations.

There is only one flight attendant on these small jets and this attendant was losing her cool. The elderly woman spoke no English and the frustrated attendant kept raising her voice telling the woman that she didn’t speak her language and couldn’t understand her. A couple of passengers got into the act telling the attendant to stop being so mean to the woman.

The argument kept escalating and I could see I was on a flight going nowhere fast. I got the flight attendant’s attention and asked, “What can I do to help?” A young man across the aisle from me said the woman was saying that her medication was in the bag and she couldn’t be without it. Since the young man was obviously bilingual I asked him to tell the woman she could trade seats with me and that would enable her to put her bag underneath the seat in front of her.

Problem solved. The woman and I traded seats and we were on our way to Dallas. The flight attendant was now seated directly across from me in the jump seat. For the next several minutes after takeoff she vented her frustration, telling me about all the kids running in the aisles and how their parents needed to get them in their seats and how the woman couldn’t understand English and yada, yada, yada. I played the role of therapist and talked her down off a 20,000 foot ledge, repeatedly assuring her that everything was going to be all right. She finally calmed down, got her mind right and managed to get through the flight without further incident. American Eagle owes me a free ticket for serving as their inflight counselor.

The flight attendant could have resolved the issue easily. On a flight going from Garden City to Dallas I’ll bet a third of the passengers are going to be Hispanic. Of those, several are going to be bilingual. When she realized there was a language barrier all she had to do was ask, “I need help understanding a Spanish speaking passenger. Is there anyone who can translate for me?”

The two people lecturing the flight attendant on how badly she was treating the woman didn’t help the situation, they only helped escalate the situation.

The situation started deescalating when I asked, “What can I do to help?” I didn’t know what I could do but I dang sure wasn’t going to sit there and do nothing. The young man who ended up translating was one of the passengers who lectured the flight attendant about being mean to the woman. He could have offered to help instead of lecturing.

It’s amazing how many problems can be resolved when we decide to be part of the solution instead of part of the problem. We all need to remember the power of those six magic words, “What can I do to help?”

All articles are copyrighted but if you want to repost or reprint them you have my permission to do so. Just include this at the bottom of the article: “Reprinted from the Purpose Unlimited E-Letter: For a free subscription, go to PurposeUnlimited.com. Copyright ©2014 Jim Whitt Purpose Unlimited.”