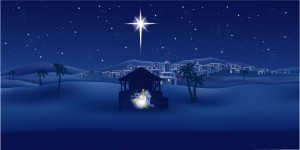 The following story about Doc Lunsford was published on December 23, 1991. It remains one of my favorites. So much so that I decided to make it a tradition and share it with our subscribers each Christmas. At a time when Christmas seems to have lost much of its meaning in our hectic lives, it is my sincere desire that this story about Doc would remind us of what we are truly celebrating. Have a Merry Christmas and a Purposeful 2016.

We called him “Doc” – Doc Lunsford. I never knew how he came by the nickname of Doc – his real name was Claude. He never had been a doctor – in fact he didn’t even have a grade school education. As a boy Doc had polio and was unable to attend school. He lived with his parents until they passed away.

Doc was probably in his fifties when I can first remember him. He wore bib overalls and lace-up Red Wing boots. His bout with polio left one leg shorter than the other so he walked with a limp. Doc was thin and had a perpetual five o’clock shadow because he only shaved every other day.

In some ways Doc was totally helpless. He had no car. He walked or had to catch a ride. Sometimes we would visit our grandparents at Christmas who lived some 200 miles away. Doc had a sister who lived in a small town along the way, so we would drop him off on the way down and pick him up after our visit on the way home.

I can remember Mom tying Doc’s necktie for him because he didn’t know how. She taught Doc how to write his own name. He spent a lot of time at our house and would eat with us on several occasions. But Doc was definitely not a taker – he was a giver. If anyone had reason to feel shortchanged in life it was Doc – but he never once showed it. Instead he was positive and upbeat.

Doc’s house was small and smelled of pipe tobacco. He didn’t have indoor plumbing and he would give me a drink from a dipper out of a pail. He always had a bag of “orange slices” – the sugar-coated, orange-flavored candy and he would let me reach in and grab a handful.

But what I remember most about Doc was his unconditional acceptance of me as a person. Frail looking as he was, he’d pick me up and hug me while scratching his whiskers against my face – that is so vivid that I can still feel it.

Doc has since passed on. Every year around Christmas he always comes to mind. Maybe it reminds me of our Christmas trips with Doc but maybe it’s because Doc is what Christmas is all about – unconditional acceptance and giving what is most difficult to give – ourselves.