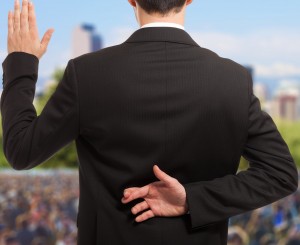 I conducted an experiment on Facebook posting this question: “I’m doing research for an article I’m writing and need some help. What do you think of when you hear the word ‘politician?’” Kenny Rogers replied, “That’s kind of like asking 20 different people what their interpretation of the old psychological ink blots is. You will get 20 different answers.”

In fact, I got a lot more. You can check them out and even add your response to my post on Facebook. Some were positive such as: “Needed. Respect those that serve and do a good job.” Others were not very flattering but comical: “Liar…cheat…squirrel.”

Some responses were obviously directed at those elected to public office while others seemed to be referring to behaviors exhibited by people in general. A quick search online turned up these definitions for politician: 1) a person who is professionally involved in politics, especially as a holder of or a candidate for an elected office and 2) a person who acts in a manipulative and devious way, typically to gain advancement within an organization.

My experiment was not designed to disrespect elected officials. I know many who are good people trying to do a good job. Fair or not, the word politician typically doesn’t paint a flattering picture — although many politicians are adept at flattery. “Self-serving” was used more than any other descriptor by people who responded. One other descriptor caught my eye in a response: “Narcissistic.” My search for narcissistic turned up: “self-loving, self-admiring, self-absorbed, self-obsessed, self-centered, self-regarding, etc.”

This is an interesting year in national politics because there are presidential candidates leading in the polls who have never held elected office. This has completely baffled the pundits. They can’t understand why these candidates are faring so well compared to the professionals. I think the reason is simple. Voters don’t see any difference between the two definitions for politician. Unfortunately, they see a person who is professionally involved in politics as a person who acts in a manipulative and devious way, typically to gain advancement. It reminds me of a line in The Westerner where Walter Brennan, playing Judge Roy Bean asks Gary Cooper, “Don’t you trust me?” Coop’s response was priceless, “Judge, when I was a boy I had a pet rattlesnake. I was awful fond of that snake but I never turned my back on him.” Of course, the judge was a politician.

The word “charismatic” also appeared frequently in my experiment. Charismatic can be defined as ‘exercising a compelling charm that inspires devotion in others.” And here’s where we need to rethink our terminology. When we hear the word “politician” we often reshape it into the picture of a con artist in our mind’s eye. “Con” is short for confidence. In order for the con artist to be effective he must first gain your confidence. Their charm is a charade to hide their devious and manipulative intent.

My experiment was inspired by a conversation with a friend where the name of a mutual acquaintance came up. He referred to the acquaintance as a politician. And this person is not an elected official. When he said “politician” I thought of Gary Cooper’s pet rattlesnake.

The Garden of Eden was a great place until the first snake showed up. And he inspired a lot of followers. They pose as bosses, coworkers, family, neighbors, and yes, even friends. Call them con artists, politicians or whatever you like, but always remember this — they are snakes. Don’t ever turn your back on them. “When someone shows you who they are, believe them,” said Maya Angelou. “The first time.”

Copyright © 2015 Jim Whitt Purpose Unlimited 918.494.0009 Permission to reprint: You may reprint this article in your own print or electronic newsletter, but please include the following: “Reprinted from the Purpose Unlimited E-Letter: For a free subscription, go to www.PurposeUnlimited.com.”