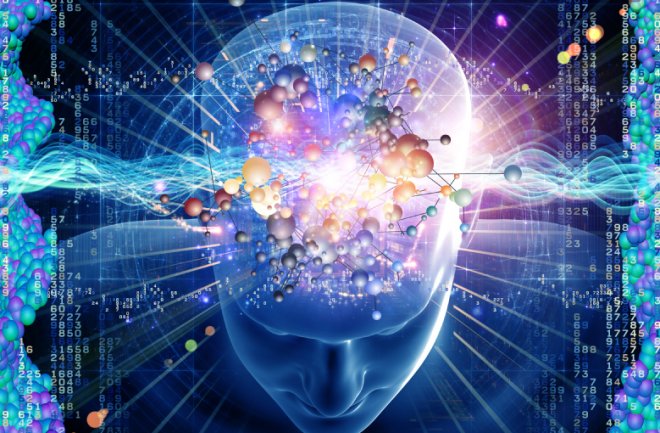 Dreams are simply a form of thought taking place in our subconscious when we are not conscious. It might be more accurately described as our superconscious. The superconscious solves complex problems and is the source of tremendous creativity.

Should you ever venture to the small town of Hominy, Oklahoma, you’re going to discover someone really did “paint the town.” That someone is Cha΄ Tullis, an artist who brings his Native American heritage to life through murals painted on the walls of buildings throughout the community

I asked Cha΄ where he got the inspiration for his creations. He told me it comes to him in visions at night while he sleeps. He keeps a pad and pencil by his bedside and when awakened from his dreams he sketches what he sees in these visions. Each of his murals was first a vision in a dream.

In their book, The Einstein Factor, authors Win Winger and Richard Poe tell how inspiration can even be found in a nightmare:

Inventor Elias Howe labored long and hard to create the first sewing machine. Nothing worked. Then, one night, Howe had a nightmare. He was running from a band of cannibals — they were so close, he could see their spear tips. Despite his terror, Howe noticed that each spear tip had a hole bored near its tip like the eye of a sewing needle.

When he awoke, Howe realized what his nightmare was trying to say: On his sewing machine, he needed to move the eyehole of the needle from the middle down to the tip. That was his breakthrough, and the sewing machine was born.

“Imagination sets the goal picture which our automatic mechanism works on,” said Dr. Maxwell Maltz. “We act, or fail to act, not because of will, as is so commonly believed, but because of imagination.”  Dr. Maltz, author of the best-selling book Psycho-Cybernetics, was a psychiatrist who developed the basis of his self-image psychology from his experiences as a plastic surgeon. He was amazed by the dramatic changes in a patient’s self-image as the result of correcting a facial defect: “My scalpel seemed to have magical powers, capable of not only improving the patient’s appearance, but of transforming his whole outlook on life.”

It was his failures, however, that taught him the self-image is more powerful than the physical image. These failures were not a result of an unsuccessful surgery. It was the failure of many of his patients to see any difference after the surgery.

How we see ourselves is more powerful than our physiological features. If we can see ourselves intrinsically, then we see ourselves as the singularly unique, supernatural, spiritual beings that we are. And we can understand that these mortal animal bodies we’re housed in are intricately designed machines to be used in the fulfillment of our assignment on planet earth.

When you know God’s purpose for your life you start seeing yourself the way he sees you. The way you are equipped makes sense when you see how he designed you to fulfill your assignment. When you understand your purpose is really God’s purpose for you, you start seeing yourself as an extension of him. God speaks to us and operates through us.  And that is powerful stuff.