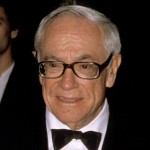 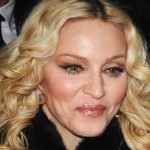 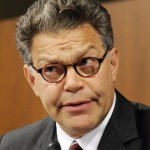 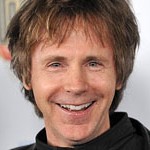 In our reward and punishment culture, success is most often defined by achievement, competence and recognition — the esteem needs on Maslow’s hierarchy. With that as the standard, you are deemed successful by how much money you make, how smart you are, how beautiful you may be or how famous you become. It’s a culture where celebrity rules. It’s a recipe for an emotional breakdown because trying to succeed by those standards will leave most of us feeling like we’re not quite up to snuff. In the words of Madonna, “I’m telling you that fame and fortune are not what they’re cracked up to be. We live in a society that seems to value only physical things, only ephemeral things.”

Al Franken’s character on Saturday Night Live, Stuart Smalley, constantly reinforced his fragile self-image with this positive affirmation, “I’m good enough, I’m smart enough and doggone it, people like me.” But even Stuart had to admit, “Well, not everybody.” We all struggle with thinking we’re not good enough, smart enough or that people don’t like us. As Malcolm Forbes put it, “Too many people overvalue what they are not and undervalue what they are.”

In an interview with Parade Magazine, Saturday Night Live alumnus Dana Carvey, openly admitted feelings of inadequacy: “I feel tremendously guilty about success. Why me? I always feel like I’m six months from oblivion. I know performers who, instead of risking the spotlight and failure, will make sure they screw up before they ever get that far. Either by showing up late for an audition or not writing the piece. I completely understand it. I fight it all the time. That side of me wants to fail because of fear of success. It’s easier to hide in failure.”

It’s interesting isn’t it? The people who seem to have it all, by our cultural standards, don’t feel like they measure up. Insecurity, it seems, is an equal opportunity malady.

I struggled with all of these esteem issues when I quit my job, moved into that run-down old farmhouse and started my own business. What was worse than going broke in my mind was what other people would think and say if I did. I wanted to be good enough, smart enough and doggone it, I wanted people to like me. It was through this struggle that I reached the conclusion that success was impossible to measure in terms of achievement, competence and recognition because the standard of measurement was arbitrary.

Who was to say I was successful? How much money did I have to make? How much did I have to know? How famous did I have to become?  Those are all rat race milestones found on the road most traveled. But since I was still subject to the manipulation of reward and punishment I was subconsciously measuring my success by those milestones.