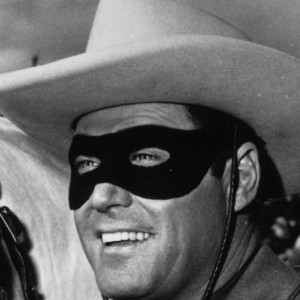 Johnny Carson may be the guy who defined late night television for a couple of decades but it all started with the original host of the Tonight Show, Steve Allen. I caught the fortieth anniversary Tonight Show which featured Steve Allen as a special guest. It included several clips from his old programs.

One of the clips featured an old segment that he regularly performed called the Answer Man. In this routine he fielded answers from the announcer and then quickly created the question for the answer. One answer he received was, “Vanguard I and Jupiter II.” These were names for satellites launched in the 1950s. Steve Allen’s answer? “What was the score in the Vanguard — Jupiter game?” That is pure comic genius. What makes his performances even more amazing is that all of the shows were broadcast live back then. There was no editing as there is today.

Steve Allen was also an accomplished musician. Prior to the anniversary show he had composed 4,999 songs. As a demonstration of his creativity he composed song number five thousand on the air using an unorthodox process. As he sat at the piano, he asked Tonight’s current host Jay Leno to pick three different numbers between one and eight (there are eight notes in an octave on the keyboard). He then pecked out those three notes that corresponded with the numbers of those keys in the octave. He then added the chords and out came the melody of his 5,000th song.

Steve Allen also wrote forty-two books. How was he able to accomplish so much? Steve Allen simply tapped into the unlimited thought combinations that all of us possess but so few of us use. “The great successful men in the world have used their imagination,” said Robert Collier. “They think ahead and create their mental picture, and then go to work materializing that picture in all its details, filling in here, adding a little there, altering this a bit and that a bit, but steadily building — steadily building.”

A study conducted with a group of ten-year old elementary students reveals how powerful these synesthetic connections can be. First, they gave all the students a large, blank piece of paper and asked them to draw a picture of anything they wanted to. The children drew happy, bright pictures of people laughing, playing and having fun, rainbows, flowers and so on.

Next, the researchers took half of the students and had them listen to happy, cheery, upbeat music for a short time.  Again, these children were given a blank sheet of paper and were instructed to draw a picture of anything they chose. Just as before, the pictures were bright and cheery with bold colors. There were a lot of yellows, blues, greens, oranges and reds.

The other half of the class listened to The Phantom of the Opera — deep, low, morbid, depressing notes. They too, received a blank sheet of paper and were instructed to draw anything they wished. These children drew dark, scary pictures using a lot of browns, reds and blacks. Their pictures had skulls, blood and destruction. Some of them were just dark whirlwinds of chaos. A few children drew pictures of the bombing of the federal building in Oklahoma City. These sights and sounds were imbedded somewhere deep in the schemas of these children. For whatever reason, they were linked. The sounds activated the images.

Everything we learn is translated into pictures, which are stored in our schemas’ archives. We have the unique ability to see things in our mind just as with our eyes. A single stimulus can activate our mental VCR and replay the image.

Remember Flip Wilson? Then stay tuned for the next edition: What you see is what you get.